In the past our projects also included the care of prison children in the capital Conakry.

Through contacts with authorities and other local institutions, we have been able to gain access to these children and adolescents in the central prison. They usually live there for irrelevant reasons and under inhumane conditions. We sought the conversation with them and organised free legal assistance for them. 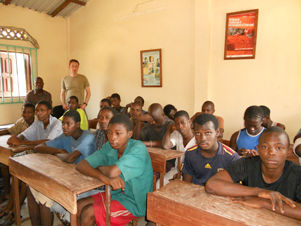 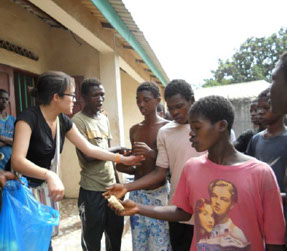 We contacted their family members and helped the children and adolescents in the first period after the prison. In the competent Ministry of Justice, we were finally heared. We were able to draw attention to the catastrophic situation in the prisons and the sometimes frighteningly low age of the inmates.

Within an amnesty, we have achieved that the most innocently held children and adolescents are recorded by name (often they were nowhere registered, they exist de facto not), supported and accompanied until release.

We have had to stop this important help in the meantime Should we be able to base ourself on a reliable partnership with another aid organisation in the future, we will assess a eventual resumption of this activity.